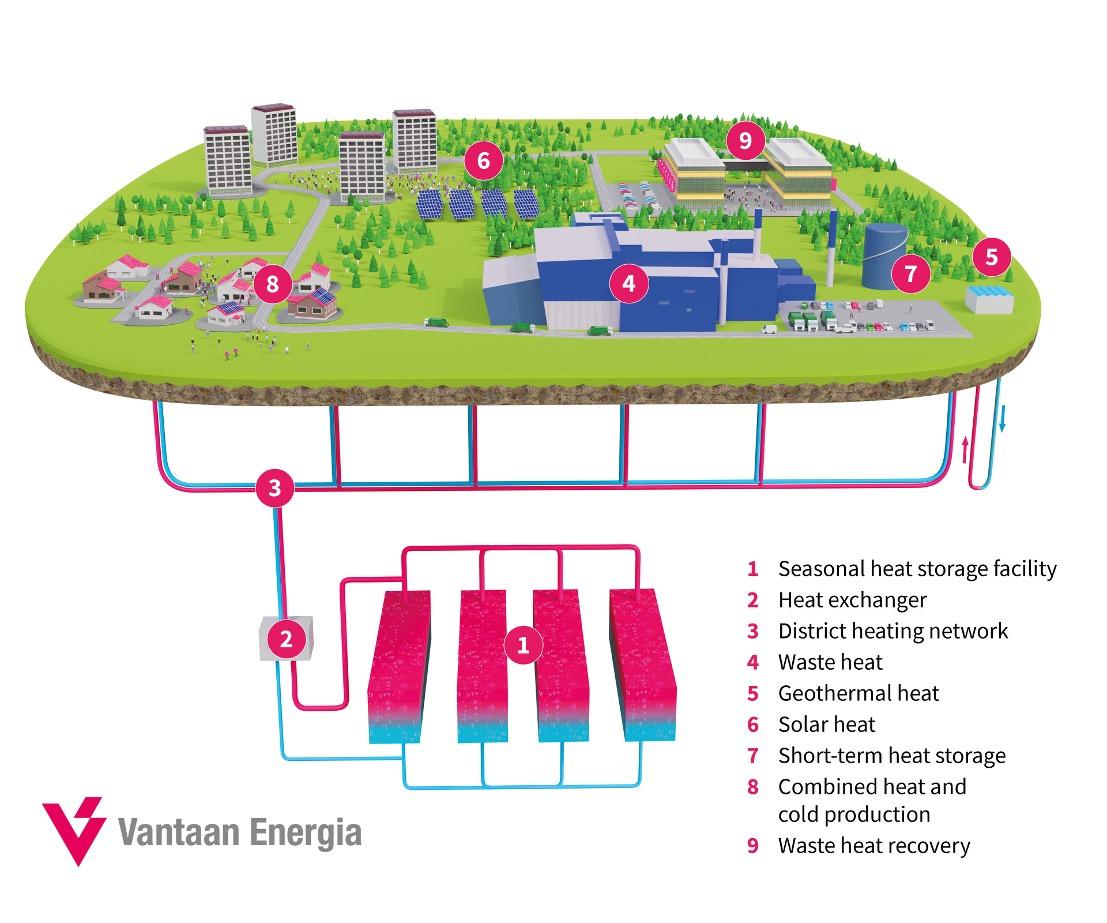 In 2020, Vantaa Energy launched the seasonal storage facility project, the main goal of which is to facilitate the cessation of the use of fossil fuels in power production by 2026. The facility, which will be built deep into rock is, according to current information, the world’s largest solution for the seasonal storage of thermal energy. The size of the planned storage is approximately 90 GWh, which corresponds to the annual thermal energy consumption of a medium-sized Finnish city. The budget for the project is estimated at EUR 100 M. As a result of the Fossil-Free 2026 project, Vantaa Energy will completely end the use of fossil fuels in the Vantaa region by 2026.

The seasonal thermal energy storage facility, implemented as a project alliance, enables the profitable introduction of forms of energy production that are renewable and compatible with a circular economy, owing to the fact that solar and excess thermal energy, as well as geothermal energy captured in the summertime can be stored in the facility for deployment during cold spells in the winter. Natural water, in which energy can be stored by means of the district heating cycle, is conserved in the seasonal storage facility. Vantaa Energy’s goal is to put the facility into operation by 2026.