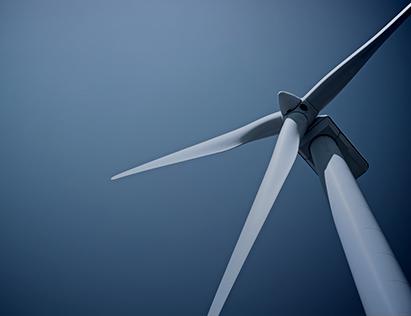 In this short update, HPP’s Energy team highlight 2 recent developments which may be of interest to clients and contacts developing or operating Finnish wind farms.

List of critical foreign workers updated to include maintenance workers

The Ministry of Economic Affairs and Employment has updated the list of tasks that are essential from the point of view of security of supply or critical of the operations of the sector in question (3: Energy supply and 5: Construction, the list in Finnish). This update means that, while the list is a guideline only and the Border Guard has the final decision-making authority, workers from outside Finland who are required to travel to Finland to undertake essential maintenance tasks for the operation of energy plants have a strong chance of being deemed to be undertaking essential work and to be granted entry accordingly. The Finnish Wind Power Association has prepared a document for its members to help explain the authorities why it is crucial for certain workers to enter Finland during COVID-19 restrictions. The Border Guard also has a similar form but it’s not so detailed. Clients who are arranging maintenance work at Finnish project sites at the current time should consider providing one of these forms to their contracted maintenance provider to give them the best chance of ensuring their maintenance employees are permitted entry to Finland.

Infrasound from wind turbines does not directly cause adverse health effects

A Government-funded study has investigated whether the infrasound of wind turbines in Finland has harmful effects on human health.  The study was carried out as a multidisciplinary collaboration by the Technology Research Center VTT Oy, the National Institute of Occupational Health, the University of Helsinki and the National Institute for Health and Welfare.

According to the results of research which were recently released, the infrasound caused by wind turbines was not found to be linked to adverse health effects reported by research subjects. The project consisted of three research sections: (1) long-term measurements; (2) surveys in areas of wind power operation; and (3) listening experiments in a laboratory. The new research provides useful background information for the land use planning process. It reasserts our current understanding of the effects of infrasound and when correct information is shared widely at the early stage of a project, project approval should be easier to obtain.

In the laboratory tests infrasound samples recorded in wind power areas were played to the participants. Participants of the hearing test were divided into two groups: individuals who reported experiencing symptoms from wind turbine infrasound prior to the study and individuals who did not report experiencing symptoms from wind turbine infrasound. According to the results of the hearing tests, participants were not able to detect infrasound in the sound samples and there was no difference in the answers between the two different respondent groups.

Physiological measurements performed during the hearing tests also showed no difference in stress indicators between different groups or sound samples. Those participants who had reported experiencing symptoms or a feeling of illness from the wind turbines’ infrasound prior to the study were not more sensitive to detecting wind turbine infrasound than others, and they did not perceive the infrasound as being more disturbing than other participants. Nor did their autonomic nervous system respond more strongly than normal to the infrasound. However, more than half experienced adverse symptoms in different sections of the test day, while only a few of those who had not reported symptoms from wind farms reported mild sensations. However, the reported symptom was related to samples that did not include infrasound (nature videos and sound from wind turbines with infrasound removed).

As a conclusion, the level of exposure with no known health effects, the wide range of symptoms, and the fact that the exposure test could not show direct effects from wind farm infrasound suggest that symptoms can be explained by factors other than wind farm infrasound. Similar multifaceted symptoms at very low exposure levels have also been associated with other environmental factors, such as electromagnetic fields, which have no known health effects.

FWPA’s announcement and links to the study in English

The study in Finnish

HPP is widely-recognised as one of the leading Finnish law firms advising on projects and transactions in the energy & infrastructure sector. Consistently-ranked as a Tier 1 firm in the leading global law firm directories, our multi-disciplinary Energy team has decades of experience of advising project developers, investors, specialist funds and financial institutions on the whole range of legal issues involved in the development, planning, construction, financing and operation of Finnish energy and infrastructure projects. For more information go to www.hpp.fi