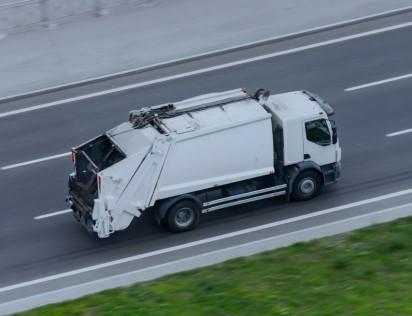 Market Court: The breach of a waste transport agreement was a lawful reason to exclude a tenderer from a new tender process – HPP represented the contracting entity (MAO:419/20)

In 2018, a municipality-owned waste company, Rosk’n Roll Oy Ab, had been arranging a tender for shipment of waste, which falls under the responsibility of the municipality, for 2020-2022. Comparison criteria of the tenders were, in addition to the price, the environmental friendliness of the fuel used in trucks. The procurement was divided into two parts, Western and Eastern Uusimaa.

One tenderer announced that it would use 100% renewable diesel (so-called biodiesel) for transport. The company won both parts of the procurement. The requirement was also recorded in both the negotiation memorandum and – most substantially – in the service contract between the parties.

However, during the production of the service, it was discovered that the transport company used ordinary diesel fuel in more than 50% of the agreed transports, which Rosk’n Roll considered as a material breach of the contract. In addition to this, Rosk’n Roll considered the transport company to have breached the contract with respect to the reporting obligations of spent fuel.

However, the transport company considered that it had acted in accordance with the contract and did not agree to fix its operations as required by Rosk’n Roll. As a result, Rosk’n Roll cancelled the service contract.

Rosk’n Roll was therefore forced to re-arrange competitive tendering of shipment of waste. Rosk’n Roll ended up excluding the transport company from the tender process on the basis of the earlier material breach and the termination of the contract, as well as lack of trust in the company.

The transport company appealed the exclusion decision with the Market Court.

The Market Court gave its ruling on 25 September 2020. The ruling and its reasoning were uncommonly detailed — the ruling was no less than 25 pages.

The Market Court confirmed that Rosk’n Roll had had the right to exclude the transport company from the invitation to tender on the basis of a serious breach of contract pursuant to point 9 of subsection 1 section 81 of the Procurement Act. The provision regulates one of the so-called discretionary exclusion criteria contained in section 81. According to the provision, the contracting entity may decide to exclude from competitive tendering a candidate or tenderer:

– whose performances in previous procurement agreements or concession contracts have involved significant or repeated shortcomings in implementing some key requirement; and

– the shortcomings led to premature termination, rescission, damages or other corresponding sanctions with respect to the previous agreement in question.

The Market Court emphasised in its reasoning that the quality of the fuel provided by the transport company to produce its services has been a key factor in the outcome of the tender.

The Market Court thus ended up with the fact that

‘The contracting entity, taking into account its discretion in the application of section 81 of the Procurement Act, was able to consider the procedure of a transport company in an earlier similar contract as substantially and significantly deficient to the extent that it may have, after rescinding the earlier contract, assessed the exclusion criteria of point 9 of subsection 1 section 81 of the Procurement Act to be fulfilled in the procurement procedure now in question and exclude the appellant from the tender.’

Market Court: The exclusion of the tenderer was in accordance with the Procurement Act, although the breach of contract had not resulted in the rescindment of contract (MAO:420/20)

The Market Court’s second ruling regarding discretionary exclusion criteria involved the procurement of the maintenance services of the municipal areas by the municipality of Pyhtää for a five-year period from 1 June 2020 to 1 June 2025. By its decision of 8 January 2020, the municipality of Pyhtää excluded the tenderer, who had previously served as a service provider for maintenance services, from the tender, inter alia, due to the essential shortcomings of its previous contract performance.

During the proceedings in the Market Court, the municipality of Pyhtää presented a number of individual examples of previous inadequate contract performance by the excluded tenderer, such as the failure to do the winter maintenance of the roads and the reclamations they made as a result of the shortcomings during the five-year contract period. The Market Court ruled that the excluded tenderer had not denied all the shortcomings submitted by the municipality of Pyhtää and that there had been repeated shortcomings in the performance of the essential elements of the service contract concerning the previous contractual relationship. The previous procedure of the excluded tenderer had therefore questioned its reliability to successfully perform maintenance services in the areas covered by the procurement.

The Market Court ruled that the municipality of Pyhtää had been entitled to exclude the tenderer from the tender due to material shortcomings in contract performance under point 9 of subsection 1 section 81 of the Procurement Act. Contrary to the aforementioned Rosk´n Roll’s procurement case, the earlier contract had not been rescinded. However, the municipality of Pyhtää had imposed monetary sanctions on the excluded tenderer for inadequate contract performance, such as price reductions. The conditions for the exclusion of the tenderer due to the material shortcomings of the contractual performances were thus fulfilled.

Market Court: The tenderer could have been excluded from a tender process, although a litigation was pending in the District Court at the same time (MAO:421/20)

The Market Court’s third ruling involved the construction work of a sports park’s equipment storage of which the City of Vantaa had arranged a competitive tendering. The City of Vantaa had excluded the tenderer from the tender process on the grounds that the excluded tenderer, as the main contractor, had made substantially incomplete contract performance within the meaning of point 9 of subsection 1 section 81 of the Procurement Act in an earlier multi-purpose building expansion work where The City of Vantaa was also the contracting entity.

The construction work was completed due to these inadequacies a total of 58 working days late from the timetable agreed in the contract. The expansion of the multi-purpose building also included school’s teaching premises and due to delays in the construction work, a total of 500 students’ teaching had to be organized in temporary facilities at the beginning of the school term. The City of Vantaa withheld from the excluded tenderer a delay penalty of EUR 235,150 from the final instalment of the contract and also submitted a claim for damages of EUR 37,624. In addition, the case is pending in the Eastern Uusimaa District Court.

The Market Court ruled, in accordance with established case-law, that the exclusion of a tenderer under point 9 of subsection 1 section 81 of the Procurement Act does not require a court ruling in a breach of contract dispute. The City of Vantaa had documented the inadequacies on the site documents and also reported these to the excluded tenderer. The City of Vantaa had also informed the excluded tenderer that it was prepared to waive is claim for a delay penalty if the work was completed within the agreed timetable. The Market Court therefore considered that the completion of the work prior to the start of the schools had been a key requirement in the work process.

The Market Court therefore ruled that the City of Vantaa had been able to consider the excluded tenderer’s performance in an earlier similar contract to the extent that the tenderer could be excluded from the procurement procedure under point 9 of subsection 1 section 81 of the Procurement Act due to substantially incomplete contract performance.