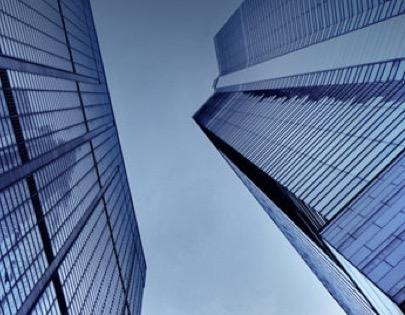 Due to the recent infectious disease, COVID-19, virtually all Governments, communities, companies and private persons have been forced to implement special measures to prevent or at least delay the spread of the disease. The Finnish Government has introduced a number of measures to manage the situation with the coronavirus and has declared a state of emergency, which is starting to have a significant restrictive impact on the functions of Finnish society. In particular, these restrictions are starting to have adverse economic effects on almost every industry and sector and a number of Finnish companies are starting to suffer liquidity issues. In particular, the solvency of companies in the entertainment, restaurant and retail sectors, which rely on sufficient volumes of customers to at least break even, has begun to decline at least temporarily.

With regard to commercial lease agreements, the Government’s recent guidelines have an essential impact on both the landlord’s and the tenant’s positions. Premises have been forced to close temporarily or, alternatively, restrictions regarding the use of premises have been set. Currently, the Government has determined that certain categories of public buildings and facilities for example, libraries, museums and swimming halls, should be temporarily closed as well as restricted public gatherings to a maximum of ten persons. This has left private entrepreneurs in a difficult situation, since the Government has only issued certain recommendations in terms of the opening hours of business premises, but has not yet issued any special prohibitions requiring them to close. As a result, some retailers have kept their stores open whereas others have closed due to concerns over coronavirus or with the intention to cut employee and other operating costs.

Based on the Act on Commercial Leases, restrictions regarding the business of a tenant or a downturn in the volume of customers and the consequent adverse trading conditions do not directly entitle a tenant to a release from the obligation to pay rent or any reduction of the agreed rent. However, if restrictions issued by authorities, would lead to a clause being considered as being unreasonable, Section 5 of the Act on Commercial Leases may give grounds for adjustment of such clause. The current restrictions due to the coronavirus are in force temporarily and it is not entirely clear as to whether they constitute a ground which would entitle the tenant to an adjustment of the rent. It may be noted that under Section 25 of the Act on Commercial Leases a tenant has a right to claim the amount of the rent to be reduced via court proceedings. Nevertheless, this provision has been applied very rarely in courts due to the nature of business-to-business agreements. According to legal practice, business-to-business agreements have been settled and terms of such agreements will be capable of adjustment only in very exceptional circumstances. It is not yet clear whether the Finnish courts would consider the impact of coronavirus as being sufficient grounds for deviating from the principle that business-to-business agreements are legally valid on the agreed terms and that adjustment of any term in such agreements is not generally available.

Further, according to Section 21 of the Act on Commercial Leases, a tenant is not obliged to pay rent, or alternatively the amount of the rent can be reduced, during any period during which the premises cannot be used for purposes set out in the lease agreement. While enacting the Act in question, the intended purpose of this Section was primarily to address a situation in which the use of premises was prevented due to the negligence of a counterparty or a fault in the premises. As regards the current circumstances, whether this Section could be applied to the present situation in which business premises should be closed due to rules and regulations issued by an authority, is open to interpretation. With regard to Section 54 of the Act on Commercial Leases, which provides that a tenancy expires in case an authority prohibits a tenant from using premises, it should be noted that only a permanent prohibition from use of premises, for example in case of the discovery of asbestos in premises, would entitle a tenant to invoke this section. As a result, a temporary event, such as the impact of the coronavirus, would not constitute a situation in which section 54 of the Act on Commercial Leases could be applied.

On the one hand, the situation considered a force majeure may be at hand if the authorities set out a prohibition requiring certain premises to close, such as restaurants or shopping centres. In this case, a landlord is not able to offer the premises and the tenant is not able to operate business in accordance with the lease agreement and the prohibition causes an overwhelming obstacle in terms of fulfilment of obligations of the lease agreement by either party. On the other hand, if the landlord decides to close business premises such as a restaurant or a shopping centre on its own initiative and without any prohibition from a public authority, the tenant’s operating in the premises has been prevented. In such circumstances, a temporary suspension of the obligation to pay rent or a reduction in the amount of the rent should be possible as in such case, the landlord is responsible for the actions. Where the tenant itself decides to close its premises due to the adverse operation conditions caused by the coronavirus, a force majeure situation would generally not be at hand. A deterioration of the tenant’s liquidity or business conditions would not constitute force majeure that makes the fulfilment of the obligation by the tenant impossible, i.e. issues regarding a tenant’s cashflow would presumably belong to the business risk of the tenant and not to the scope of force majeure.

It should be noted that invoking force majeure is always subject to case-specific consideration. Additionally, invoking force majeure does not mean the total termination of the obligation to pay rent under the lease agreement but may give rise to other remedies such as, for example, a right to claim more time to pay the outstanding amount of rent as well as a waiver of the usual delay consequences due to the situation. In addition, force majeure does not, as a matter of general contract law, primarily entitle the tenant to terminate the tenancy unless the lease agreement itself includes a right for the parties to terminate the agreement, for example when the duration of a force majeure event exceeds a certain period.

All in all, under these exceptional circumstances, for parties, it would be mostly recommended to request commercial discussions with the counterparty to renegotiate and agree on the challenges regarding the fulfilment of obligations under the lease agreement in the present circumstances. The outcome of these negotiations should focus on enabling continuation of both parties’ business after the coronavirus epidemic.

This article has been published on 24 March 2020. The situation with the coronavirus is continuously changing and hence HPP’s lawyers are happy to discuss any questions over the telephone or via email in order to assess a specific set of facts and circumstances and potential legal implications of such facts and circumstances.