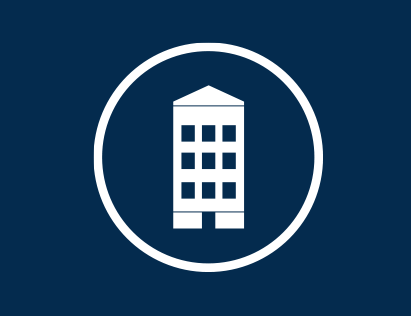 A package of legislation concerning foreign ownership of a real estate entered into force in the beginning of the year, facilitating the state to intervene with such real estate ownership that is considered a threat to national security. As a result of the new legislation, every limited liability company at least 10% of the shares of which are held by an actor outside of the European Union (EU) or the European Economic Area (EEA), for example an owner of the shares from in Great Britain or in the United States, must apply for a permission to purchase a real estate in Finland. The background for the amended legislation is the inadequacy of the previous legislation to meet the needs of the authorities in the changed security situation.

From now on, the Act on Transfers of Real Estate Requiring Special Permission (470/2019), that entered into force in the beginning of 2020, requires that buyers from outside the EU and EEA will need a permission for real estate transactions in Finland. With the adoption of the Act, authorities will acquire a more comprehensive understanding of foreign ownership. The purpose is to ensure that adequate and up-to-date information of the parties involved in a transaction will be received in due time. Buyers that fall within the scope of the Act must apply for a permission either before the real estate transaction is completed or within two months from the complition. The permission authority is the Ministry of Defence of Finland. The Ministry will process permission applications and make decisions on permissions in Finland (except for the Åland Islands). The aim of the permission process is not to slow down or hinder foreign real estate transactions in Finland, but it allows the state to intervene in such real estate acquisition that can be considered a threat to national security.

A permission must be acquired when one of the following parties purchases a real estate:

The citizenship or domicile of the seller or other transferor of the real estate does not affect the need for a permission.

In addition, the Act on the State’s Right to Pre-emption in Certain Areas (469/2019) entered into force in the beginning of 2020, giving the state a pre-emptive right to buy real estate in the immediate vicinity of strategic sites. The act facilitates intervening in a real estate transaction before the registration of title. The act facilitates intervention e.g. in a situation in which the actual ownership of a real estate has been hidden by a false arrangement and thus, the permission requirement does not apply. The state has the pre-emptive right regardless of a citizenship of the buyer. In practice, the act affects a very small proportion of real estate transactions, because for its provisions to be applied, the real estate would have to be located in protected areas that are defined for the specific needs of the Defence Forces or the Border Guard. If the state chooses to exercise its pre-emptive right, it will replace the buyer as the transferee of the property at the previously agreed-upon terms and conditions of real estate sale and purchase agreement. It is possible to request prior information from the Ministry of Defence on whether the state intends to exercise its pre-emptive right.

Redemption of a real estate would always be the last resort in relation to a refusal of a permission and pre-emptive right, as it intervenes with the civil rights. However, the Redemption Act has the widest scope of application and application grounds, meaning that it may be applied in situations where neither refusing a permission nor exercising the pre-emptive right is possible. The Redemption Act complements the package of legislation described above so that the authorities will have the possibility to effectively intervene in different types of situations.